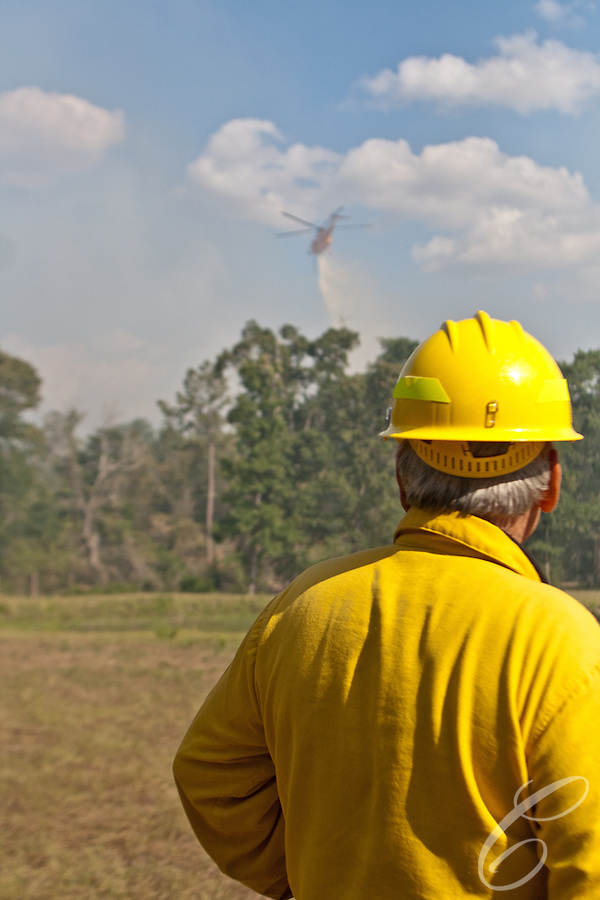 The Dyer Mill Fire in Grimes County became the top priority of Texas Forest Service on Tuesday as the fire continued to grow for a third day.  I spent several hours with firefighter Lee Bentley from Northern California, who has been brought in as part as the incident management team which is coordinating the battle.  We visited some of the fire crews battling the fires scattered over the more than 5800 acres scorched by the fire. It is smokey, dusty, hot and not easy to make to area where the fire is burning.

END_OF_DOCUMENT_TOKEN_TO_BE_REPLACED 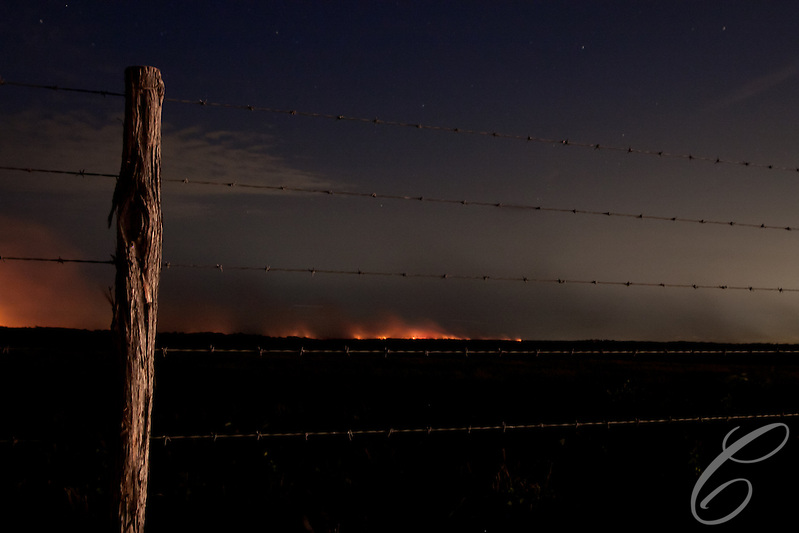 Smoke and flame from the Dyer fire lights up the the Grimes County, Texas horizon east of Whitehall on June 20, 2011.

[S]ee the rest of the gallery.  More than 40 homes have been destroyed and hundreds families have been evacuated due to the Dyer fire that started from a barbecue pit on Sunday June 19, 2011.

I encourage you to consider how you can help the victims of this fire and pray that we get rain this afternoon.